I spent five days up at the Edinburgh Festival, I delivered my thesis, drove to Exeter and flew to Scotland. I was interested to see whether the solo shows I was going to see would all be autobiographical in some way, whether autobiography is the source material for solo work. I have been chatting to solo performers for my thesis, so have been thinking about this for a while and was made aware there was not a vocabulary that we could share when we talk about the practise. Solo performers dramaturg their own work, the process and skills involved combine devising, writing, designing and performing processes. If we could define this process as a dramaturgical one then we would be on the way to sharing a vocabulary, yet people still shy away from the term.

Dramaturgy ‘is the structure built from [the performance’s] various components: words, physicality, music, lights, sound and space. It is also how those components relate to the experience of the work as a whole’ (Dramaturgs’ Network: online).

I only had four days really, if you take out the travelling, and I also watched performances that involved more than one person, so I didn’t spend my entire time focused on solo performance but, the solo shows I did see were, yes all autobiographical and even the two handers were too.  Not a definitive answer at all but one that I will be mulling over for the next year and maybe, just maybe next year I will have more time to put my theory to the test.

Rachel Mars  ‘The Way You Tell Them’ at Summerhall

Daniel Bye’ The Price of Everything ‘at Hill Street

You can see there that two of the shows were performed at Summerhall, what a fantastic venue! A former school of veterinary studies, the venues inside were so quirky, like the circular anatomy lecture theatre. There was a courtyard with a bar and Indian street food served by ‘spice man’ himself, Tony Singh; a wonderful pub called The Royal Dick, and a lovely cafe inside selling some extremely fat and creamy cakes. Teenage son got is hair cut in the courtyard by a tonsorial artist, who would be creating a sculpture out of the cut hair. Really you could have spent your entire festival here and experience a huge range of performance (dancing plastic bags in L’Apres-midi d’un Foehn – version 1, sublime and a rock balancing performance Freeze that was so tense some of the audience couldn’t watch). Likewise at Forest Fringe at the opposite end of the city (God help you if you were trying to get from one to the other in a short space of time), in the Out of the Blue Drill Hall in Leith. Here again, you could spend the whole day experiencing different modes of performance, sit on the sofas with a coffee, eat a ‘healthy’ lunch (rather than lunching on the hoof) and just generally let the creativity surround you. I saw a couple of  lovely two handers here, Tim Crouch and a smith in What Happens to Hope at the End of the Evening and Chris Thorpe and Hannah Jane Walker in I wish I was Lonely.  Then Action Hero’s Hokes Bluff  rounded off a really enjoyable day away from the main thrust of the fringe. I could have easily spent my four days within Summerhall or Forest Fringe such was the selection on offer.

Danny Braverman says on his blog that ‘the essence of the fringe doesn’t change’ and that is absolutely true, yet when I first arrived in the mid 1980s there were far more professional theatre companies trying to get their shows spotted. Now the casts are much smaller it seems and, in terms of finance, a solo show is much more adaptable for the vagaries of the Edinburgh fringe. The Hill Street Theatre ran solo shows throughout the entire festival, so I can imagine we will be seeing far more in the future. 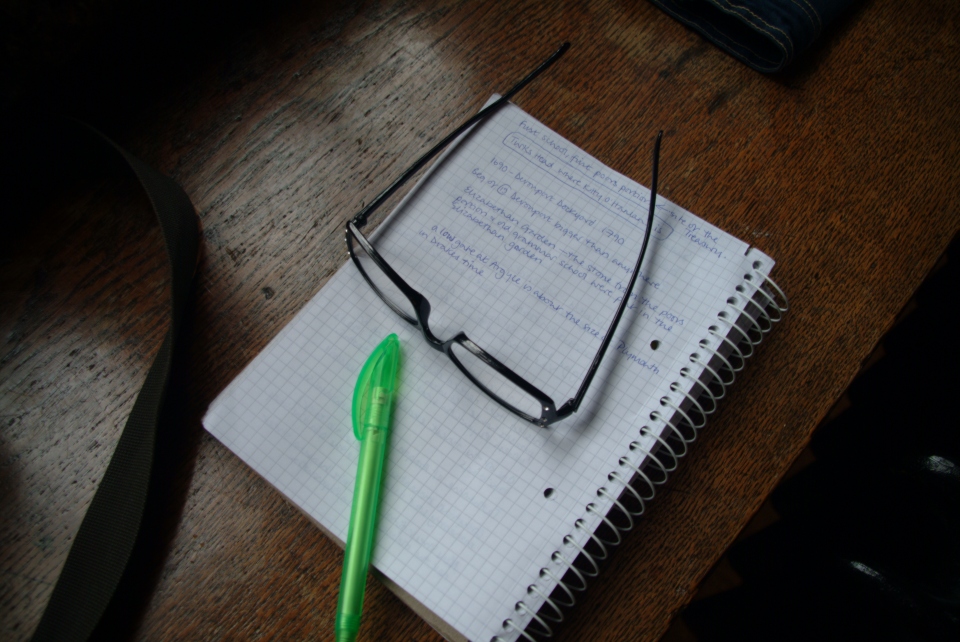 Writing is not a discipline I have ever tried, although as a theatre maker I have devised and dramaturged texts for performance. I have been a script reader for ten years and think I know a good playscript when I get one, the Drum theatre Plymouth most recently  produced a first time play, Forever House by Glen Waldon, that I read last Autumn. My problem is I have a tough time creating a flow to any written text, a story arc, I always have. I was never any good at writing essays at school and knew there was a trick to it (I always called it a trick because I couldn’t ‘see’ it). It’s just taken me three months to write an extended essay on  dramaturgy, my first two drafts being well and truely red marked by my supervisor. Just let me’ talk’ you through the essay, I’d be happy with that.              Having said all that I came to my performance script with a sense of excitement and anticipation. I knew that I wanted to include not one story, not two but an assortment of stories that weave together. How was I going to do that when I fall down at the process of weaving them together? Well, my performance will take place in a non-theatre space, it has a community attached to it, who have ownership of it – I need them on-board as collaborators. By interviewing the community members I can find stories and gather material for my score rather than starting to write from scratch. By recording conversations I can take dialogue from the interview, this is called verbatim – a method becoming increasingly used for the theatrical recreation of political stories and social miscarriages of justice, as used most prominantly in this country by the Tricycle Theatre in Kilburn, North London, under the artistic directorship of Nicholas Kent in the naughties, and by playwright David Hare for Out of Joint with plays The Permanent Way and Stuff Happens. Sometimes, like in the work of Alecky Blythe (London Road, The Girlfriend Experience) the actors actually wear headsets to hear the words spoken before they repeat them, in a ‘recorded delivery’. The technique involves recording interviews from real life and editing them into a desired structure.

‘The edited recordings are played live to the actors through earphones during the rehearsal process, and on stage in performance. The actors listen to the audio and repeat what they hear.They copy not just the words but exactly the way in which they were first spoken. Every cough, stutter and hesitation is reproduced. The actors do not learn the lines at any point. By listening to the audio during performances the actors remain accurate to the original recordings, rather than slipping into their own patterns of speech’ (taken from) http://www.recordeddelivery.net/about.html

Thus creating a performance that has to be the same every night, unlike what we are led to believe about the beauty of live performance, that being ephemeral is different every time.