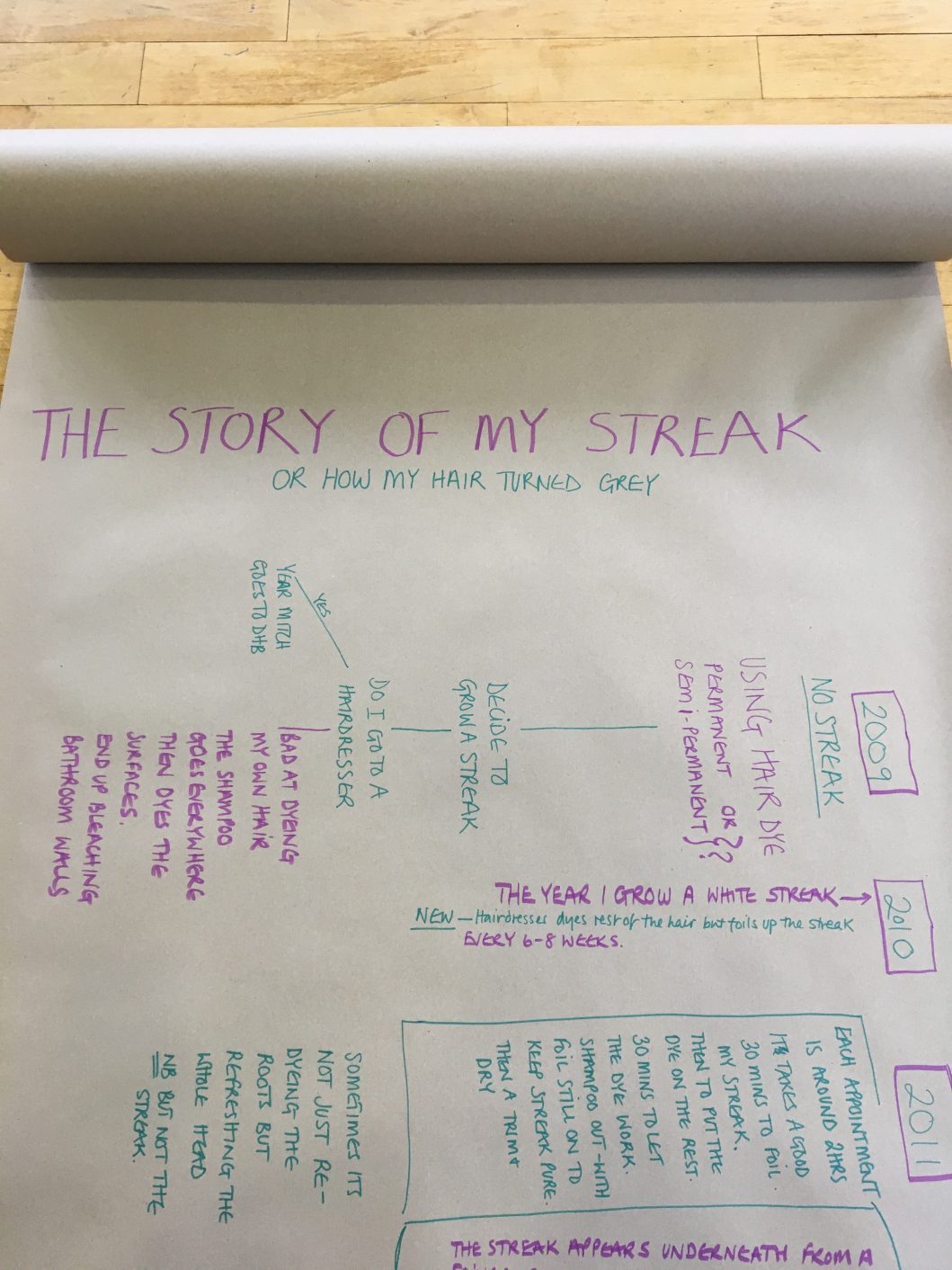 Last week I had the luxury of being in a rehearsal room, by myself, to start developing a new show. Saying ‘by myself’ is a bit of a lie because even though, at this stage it may be a solo show there was a collection of voices in the room with me.

I am a 2020 Lab Associate at the Theatre Royal Plymouth and I have to deliver a show in August next year so I have got the ball rolling, so to speak.

My starting off point comes from this 2012-2015 data from Purple Seven and their Audience Profiler tool; 65% of theatre audiences are female and then, according to their recent analysis from post show surveys, a large portion of that comes from 45-65 age group. Yet, those women [the 45-65 group] very rarely see their stories onstage. It’s around this time in life that women can start to feel invisible and not seeing themselves represented onstage [and also on screen] just adds to this feeling, surely. In 2014 Lyn Gardner wrote “Given that women make up just over half of the population and buy more theatre tickets than men, the industry is shooting itself in the foot if it fails to commit to real change. In the end, we women will simply vote with our feet.” Lyn Gardner 2014 The Guardian.

Why do they not see themselves onstage? Historically the writers have been male and the new generation of female writers are writing stories about young women, yes that’s a broad generalisation, I recently appeared in a show [written by a woman] about two women in their 50s & 60s but that is pretty rare and anyway… you get the gist.

So I am going to start to pick this apart and try to create something that speaks to this large group of ticket buyers but also appeals to other theatre goers.

Speaking to some of the guys who visited me in the room it was interesting to get their take on this feeling of invisibility, the young Plymouth Conservatoire students I spoke to seemed to know from their own mothers. To try to get to the heart of what it’s about – this invisibility – I was given a provocation…to make a timeline of my hair going grey!

This what I noted