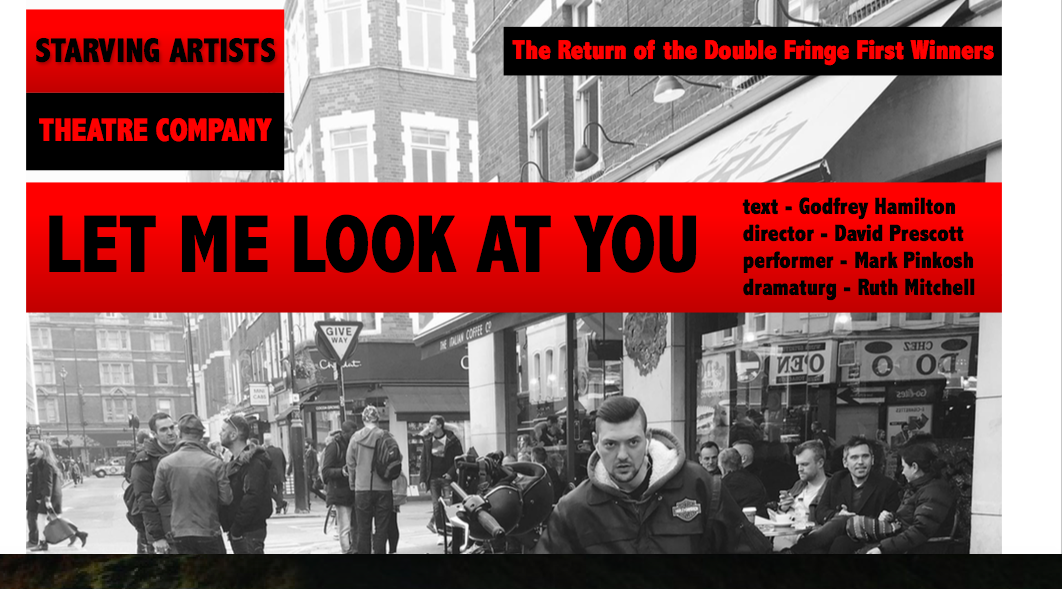 I’ve been working with a good friend and amazing performer Mark Pinkosh, it’s been interesting partly because he lives in Los Angeles for most of the year. So far we have had three weeks face to face split up over 2017 and months of distance dramaturgy in-between without seeing one another. This, in hindsight, has been a rather good way of working because coming back to the text with space in between makes you see it with fresh eyes, and work that’s created in the heat of the moment can sometimes look somewhat cooler after the initial creative splurge. It’s made the job of dramaturgy much easier and everyone has had a hand in the development. We started by sitting down and recording anecdotes of Mark and his husband Godfrey’s years of the ‘gay movement’ which celebrates this year with the 50th anniversary of the Sexual Offences Act. Then we sifted through them alongside historical factoids and Godfrey would write them up in his cabin in LA and in his own inimitable way. Mark would then travel back over to Plymouth and we would look at what we had and play with the text adding and cutting when needed. We noted though that in the current climate, on both sides of the pond, things haven’t changed that much and in some places like the middle east, it has taken a backwards step and therefore it feels very relevant. The show called Let Me Look At You opens at the Edinburgh Festival at the Pleasance, Bunker 2 at 11.15 am August 2nd – 28th but we are previewing one show only at the Wardrobe Theatre in Bristol on Wednesday 26th July at 5pm. Please come along and give us some feedback either to the Wardrobe or at the Pleasance, you won’t be disappointed. Mark and Godfrey work on stage as Starving Artists and are double Fringe First winners. When they started taking their work to Edinburgh over twenty years ago Mark was the first recipient of The Stage’s Award for Acting Excellence and in those days it was just the one award. So its going to be a bit of a homecoming but I am very excited about being part of this show and am looking forward to seeing it on its feet in Bristol on the 26th.