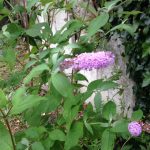 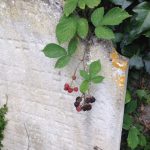 In 2013 I made a performance for the Plymouth Synagogue, which is the oldest Ashkenazi synagogue in continuous use in the English speaking world. I spoke to the ladies of the very small, congregation and used those interviews, verbatim, to create my text. The performance has been performed inside the synagogue every year since and has helped to raise awareness, not just about the hidden history of the site but of the culture and people that have gone unnoticed by many who live here.
When the synagogue custodian came to me to ask if I would do a performance within the cemetery they were opening for the Plymouth History Festival in May 2016, I jumped at the chance. This cemetery is even older than the synagogue and in 1740 it was the garden of a Mrs Sherrenbeck, who gave it to the community for burial purposes. In those days the bodies of Jews who had passed over had to be shipped to London for burial but if a Jewish cemetery was geographically too far away it was acceptable to bury someone in the garden of a fellow Jew. Mrs Sherrenbeck allowed such a burial to take place and eventually gave over the land to the Hebrew congregation. When the plot became too small, adjoining land was leased and as the community grew from strength to strength so too did the burials. After several plots had been used twice, by lawfully interring new bodies on top of older ones, it was decided that this cemetery was full; the last body being laid to rest in around 1867.
So how does one go about making a performance for a cemetery? I have worked with site for ten years and I’ve learnt that you don’t go in, all guns blazing with an idea, instead you allow the site to speak. Mytheogeographer Dr Phil Smith says, ‘fingertip search your site like its a crime scene’ (Aspinwall, Mitchell & Smith, 2010:66),  we needed to go into the cemetery and listen to it, observe, and allow it to communicate with us as if it were our collaborator. With actor Derek Frood  (having worked together in theatre and audio performance) we visited the site; it was so calm and peaceful, and beautiful that it seemed to create its own performance and the stones, some broken some leaning precariously, were creating pathways throughout: the site was becoming its own theatre. Some gravestones are illegible being worn away, some illegible (to us) because they are in Hebrew but in the middle of the last century Dr Cecil Roth had the bright idea of translating all the remaining stones that could be read to keep for posterity and so began a labour of love by Rabbi Bernard Susser who created an archive of the graves.
And that is where the research started, the Rev Susser had not only left this invaluable publication of the gravestones but had written a book, The Jews of South West England: the rise and decline of their medieval and modern communities which was published by Exeter University Press in 1993. This was the starting point, but as we searched other avenues we kept returning to Susser, we found that the routes we were using, Susser had travelled before us. If we couldn’t find that extra family member then we realised we wouldn’t because Susser would’ve found them 50 years earlier, his research was that extensive. But unlike 50 years ago we had the advantage of the internet and the genealogy sites that proved invaluable for the family lines.
For the History Festival we decided to trial something and gather feedback from the participants. We decided to create small biographies for a handful of people buried in the cemetery and we would record those biographies onto MP3 players which the curious could listen to as they ambled around the gravestones. It was really successful and people said they were hungry for more so we knew we had to go away and think this through. We applied for funding from Vital Sparks within Plymouth City Council and from the Drake Foundation, both of whom fund community projects, then we could pay a sound designer and a gardener and also buy equipment that the synagogue could keep and re-use when they open the cemetery in future. 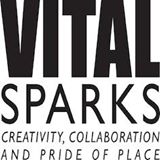 The research was the most fascinating and the most frustrating part of the dramaturgy, some people were pre census, some had changed their names, some had arrived from parts of Europe that no longer exist and some were, for all manor of reasons, not on any records. Two ancestors came forward who had relatives in the cemetery and they shared their family trees, so we thought it would be a nice touch if they wrote their own ancestors’ biography. The rest was down to us. Yet what reads well on the page doesn’t always translate to recordings and once on our feet speaking the words we found we had to re-write and tweek lines to make the text sound like we were sharing stories out loud for the first time, to draw the listener in with our voices and keep them with us. Sometimes we needed the text broken up with another voice, sometimes that was just a throw away line, other times a different voice to take over the telling. We realised we would need a variety of voices to fill these stories that we unearthed; two murders, tales of bravery and heroism, of plague and famine plus connections with royalty, six generations of one family with royal ties that became untangled – thank goodness for those genealogy websites. We also noted that many were just ordinary lives, but are as important because, this cemetery shows life in all its guises but mostly in the ordinariness of it. People just getting on with their lives and assimilating themselves whilst at the same time being true to their faith and culture without flaunting it. It is this aspect that we felt had a relevance today, the people buried here came to England for a better life, fleeing persecution, some were the children of immigrants and in the eighteenth century Jewish immigrants stayed in Plymouth and the south west because of religious tolerance.  Susser says [The book] ‘describes in detail the integration of a foreign ethic minority  into the mainstream of English life, without entirely losing its distinctive characteristics’ (Susser, 1993:sleeve note). We can see today, from these hidden buried lives, how the stories from one small community can illustrate how much they gave back to their adopted home.

The cemetery audio trail was researched and created by Ruth Mitchell and Derek Frood aka ripple  https://rippletheatreco.com

The audios were recorded and designed by Stage Technical Services, http://www.stagetechservices.co.uk

The cemetery will be open as part of the Plymouth Art Weekender on the 23/24/25 September, you can find us in Garrison Green, Lambhay Hill Plymouth PL1 2NP
Friday open 11-12noon :: Saturday open 2-3pm :: Sunday open 2-3pm

Susser, Bernard (1993) The Jews of South West England: the rise and decline of their medieval and modern communities Exeter:Exeter University Press