During the month of February I am facilitating, alongside Dr Phil Smith, the Sited Theatre module for first year students at Plymouth University and we will take them away from the safety net of the campus and into new spaces across the city. Ironically we have been based this week at the Plymouth Athenaeum which, among its many spaces, is a 300 seater theatre. In its current guise it is a post war building (1961) that has all the hall marks of that era but, as with so many inner city buildings here in Plymouth, before the war there stood a much grander building. Designed by John Foulston, who was a leading architect in Plymouth for 25 years designing many buildings in Plymouth, Stonehouse and Devonport (including the Devonport Guildhall and Egyptian House in Kerr Street), the old building was very much in the Greek revival style. Owen, the key holder gave us a tour and was passionate about the history and the standing that the Athenaeum had had as a seat of learning with stories of Darwin and other scientific illuminates rubbing shoulders alongside the Beatles.

When the building was rebuilt in 1961 it was next door to Westward Television Studios (now a pile of rubble) and the ABC cinema (now the Reel Cinema), Westward used the theatre in the Athenaeum to mount their in-house game shows which they recorded from the stage. In order to do this they had to lay cables from the two buildings and built tunnels that ran from the two buildings to contain the electric cables. In 1963 when the Beatles came to Plymouth and played the ABC cinema they were taken from the Television studios through the tunnels to hide them from the screaming girls outside. For part of our tour we were taken down into the tunnels where the walls are peeling and the photographs of the Beatles lay hidden away underground.

These stories, alongside being in the space where history was made brought to life the past for us. The students came away with ideas spinning in their heads ready to take inspiration from the tour and turn it into performances. This was a wonderful start to the month, which will take them into unknown city territory to create pieces that hopefully will have the same inspiration that we found underground at the Athenaeum. 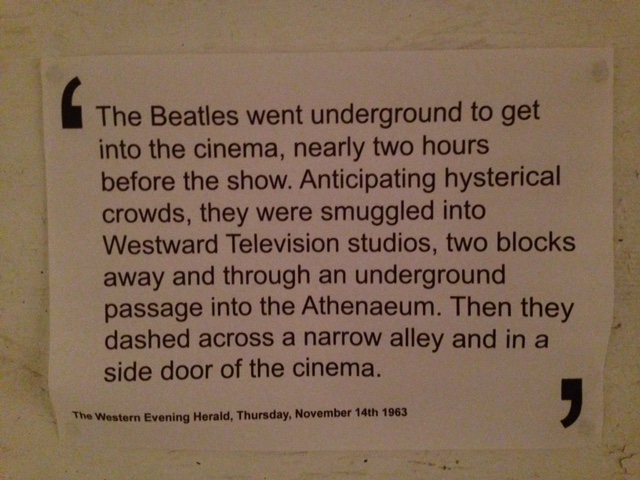 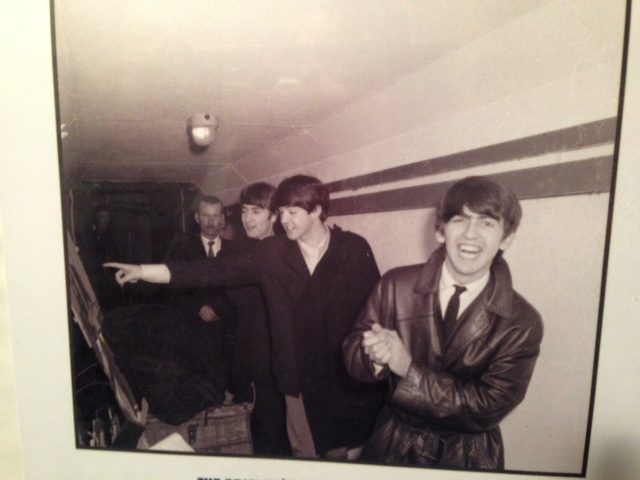 There will be tours of the Athenaeum tunnels during the Plymouth History Festival which will run throughout May.